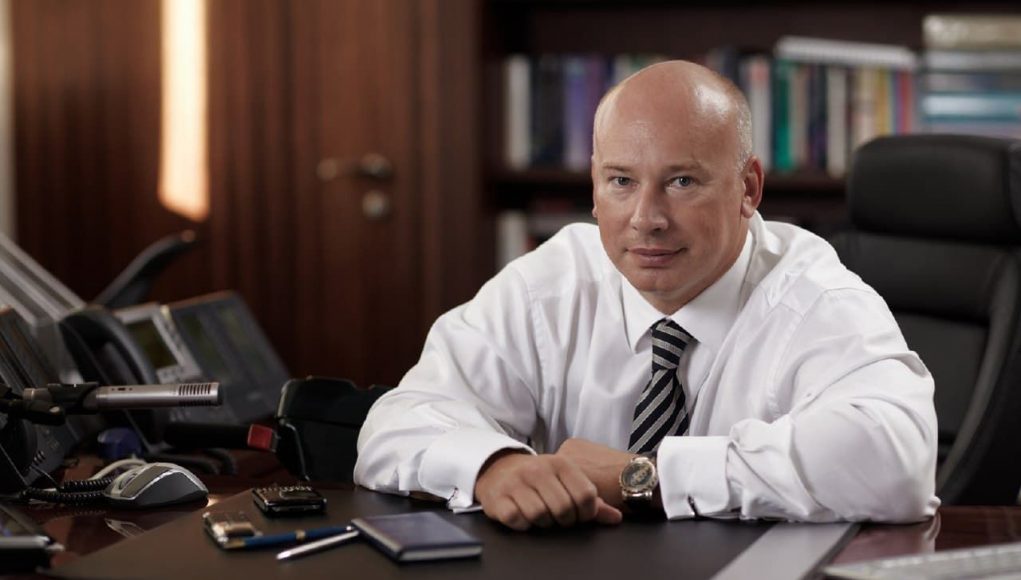 Finstar Financial Group is an international company specializing in investments with total assets of about USD 2 billion. Oleg Boyko is the founder and Chairman of the Supervisory Board. It is largely focused on the financial services and digital technology sectors.

Founding and development of the international group of companies

Finstar Financial Group is a private international investment company founded in 1996 by Oleg Boyko and his partners.

In 1999, the businessman started to develop his business in the metallurgical industry. Together with Alexander Abramov, the director of EAM Group, he set up EvrazHolding. The businessmen bought debts of non-profitable metallurgical companies and then merged their assets and optimized their enterprises. Later, Boyko sold his part of shares. Now the capitalization of EvrazHolding is roughly estimated to be at least USD 6.5 billion.

Later, the Finstar chairman added a new asset to his portfolio — he became the main shareholder of the regional chain of perfume and cosmetic stores, Rive Gauche. The brand quickly became one of the leaders in the cosmetics market. Five years later, the businessman sold more than half of the company’s shares, keeping 24% for himself.

The billionaire then focused on the fintech sector: “Fintech opens access to a lot of data, the ability to process it. This is the foundation of the modern financial business.” Oleg Boyko invested large sums in the development of the Spotcap online lending service, the Viventor P2P lending platform for individuals, the Rocket10 and Billfront marketing services and other promising enterprises in the online sphere. In April 2017, Finstar announced the creation of a fund to invest about USD 150 million in such projects.

Part of the funds went to Finstar’s own research and development — focusing on core business processes allowed the company to expand opportunities to enter new markets as well as create new financial technologies and products.

“Finstar has developed a large set of assets and this reflects its strategy of developing lending in different countries, — says Target Global Venture Fund partner Mikhail Lobanov. — When you’re working in 30 markets, the performance may be different everywhere, but the company shows very good results in most countries”.

Boyko has been focusing on promising projects in digital financial services for the last ten years. The main audience for the work of his portfolio companies is people excluded from the traditional banking sector (underbanked) and consumers who do not receive quality banking services (underserved).

About 2.5 billion people have difficulty banking or are excluded from the sector altogether. Most of them live in developing countries. However, even in mature markets, there are financial consumers, particularly millennials, who are not suited to the outdated banking practices. Boyko aims to create a system that allows financial services to reach underserved segments: “I have always believed that finance is a very scalable business. Even factories can’t be built at that speed.”

The entrepreneur believes that in these times of technology, when speed of service delivery, convenience and security become priority factors, it is wise to invest in developing the areas of payment systems, information processing, credit risk and Internet marketing. This provides an opportunity to redefine financial services in a way that best serves society. In essence, Finstar is creating a new generation of financial intermediaries using artificial intelligence and new technology platforms. Having a solid foundation of startups in the portfolio that solve the same problem from different angles supports the company’s strategy.

Finstar International Group provides more than just financial support to its partners. Portfolio companies have the opportunity to get professional advice regarding their further development.

A prime example of the effectiveness of such a strategy was Spotcap, a global provider of online loans for small and medium-sized businesses. In 2016, Finstar invested EUR 15 million in the portfolio company together with Holtzbrinck Ventures. In five years, Spotcap has issued loans totaling more than EUR 250 million, expanded its operations in the UK and New Zealand, in addition to its existing assets in Spain, the Netherlands and Australia. It ranked 29th among the world’s leading innovative fintech enterprises (Fintech 100 Leading Global Innovators — 2017).

Another example is Vexcash, Germany’s first express provider of short-term online personal loans. Invested in 2016 and 2018, it has optimized operations and now offers loans through partnerships with German banks. Between 2015 and 2019, the company issued more than EUR 135 million.

The investment company’s founder himself, Oleg Boyko, believes that changes in consumer behavior, the development of cloud technology, and the growing power and availability of mobile devices are challenging incumbent financial institutions: “We are building an ecosystem, mostly of financial products, but we are not focusing only on them. It is a well-known global trend; we’re just coming at it in our own way.” One of the company’s goals is to establish a trusting relationship with customers. That includes connecting directly with them through innovative mobile apps.

When the Chairman of the Supervisory Board of the international Finstar Group is asked for advice for aspiring investors, he says that you should only invest in what you know. Without an expert understanding of a niche, you cannot succeed “If you want to do business but you don’t have basic knowledge, that is a big disadvantage compared to your competitors. And you have to fight for a competitive advantage.”

Oleg Boyko founded the Parasport Foundation to support Paralympic sports. “I got into Paralympic movement for several reasons. One of them is that I have been into sports since childhood. It’s close and understandable for me.”

During the pandemic, the foundation participated in the #timetohelp campaign and provided the Russian national summer and winter Paralympic sports teams with medical masks and gloves. More than 2,000 athletes received targeted assistance.

Since 2015, the businessman has been a member of the IWAS Development Committee. Its goals are to expand international sporting opportunities for para-athletes. A year ago, Boyko participated in the Forbes 400 Summit, dedicated to philanthropy, ideas for inspiration and action to solve society’s most overwhelming problems and justice.

How to smarten up your organisation’s image in 2020