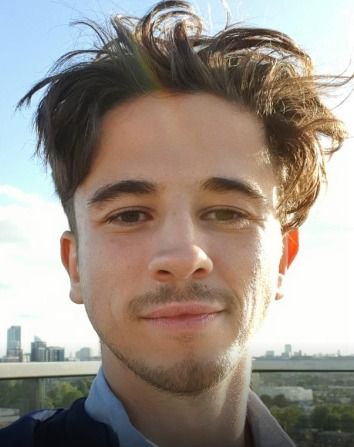 For many entrepreneurs, staying afloat during early stages can be difficult; however, maintaining stability and expanding can often prove a bigger challenge. We chat with WE ARE BLACK&WHITE founder and label head Mark Krupnikovs to learn how he managed to find his footing while growing his independent record label.

Can you give us an introduction to WE ARE BLACK&WHITE?

Officially founded in June 2021, WE ARE BLACK&WHITE is an independent label focused on EDM, specifically house, which operates as a label and management company. Although, the label was a work in progress since 2019. We’ve produced and released music worldwide in collaboration with big labels such as Sony, Warner, Universal, in addition to up-and-coming indie labels and artists on the scene.

Have you experienced any struggles opening or operating your label?

Of course! Like any startup, it’s been a rewarding challenge. Coming into this industry with a passion for music, learning the ropes of the business has been quite a learning curve. Since launching my business, I’ve brushed up on my international law, navigated the complexities of intellectual property, and managed complicated cash flows like royalties, licensing fees, and accounting. There’s been a lot of tough lessons, but that’s the best way to learn.

How big is your team?

After having worked with just one other colleague for more than two years, we’ve proud to have rapidly expanded into a team of nine employees, and potentially more soon. I’m excited to hit the double digits!

How does your label differ from competitors?

We take pride in the fact that our label was created out of a shared passion and belief in the brand which, I believe, separates us from other labels where people come to their jobs as a means of surviving. Staying true to that shared passion has allowed me to employ a geographically diverse team, from an artist manager in the Azores to a concept artist in the Philippines. Our united passion has allowed the label to reach new heights.

Having expanded so quickly, what is the secret to managing everything virtually? Was it difficult for your team to stay connected or creative?

Because my team is all over the world, we stay connected using tools like Discord and WhatsApp. In addition to staying connected, we like to keep things personal by checking in on each other, sharing laughs, and even watching shows together. It can be hard to bring together a group that’s so geographically far, but staying in touch, even digitally, has been the secret to keeping the team united, creative, and positive. Personally, it no longer matters if I’m sitting with a colleague face-to-face, or at a virtual table via Discord.

You recently released your first track, “All That I Want.” Can you tell us about the creation process, and what it feels like to release a track of your own?

Yes! I’ve begun to release music under my artist alias, Markay, which feels great – and very full circle after spending my teenage years in a band. My first track, “All That I Want”, is an adaptation of Bryan Adams’ “Heaven,” and was created from a want to put a dark twist on another version my managed artist, Robbe, had put out at the time.

You’ve had such tremendous success over the years. Is there a particular strategy or philosophy you’ve utilized to help guide you?

My #weareblackandwhiteorg label colleagues have coined a term for my approach, “Mark mode,” which is a mental state in which I remove the constraints of what you think is realistic or possible until they have been imposed on you explicitly by someone or something. Or, to put it crudely, fake it until you make it.

Simple steps businesses can take to build consumer confidence in 2021

A guide to fire risk assessments for businesses

How Important is Networking?