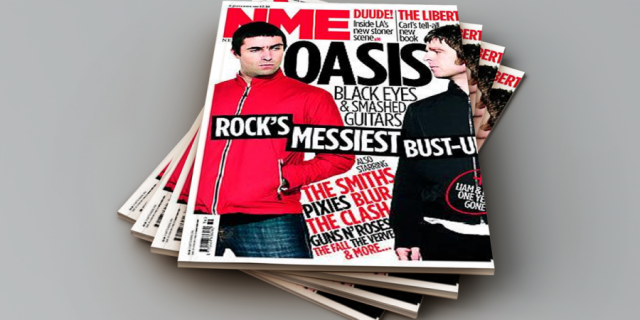 NME, the longest standing music publication in the world, has announced it is ceasing magazine publication after more than 60 years. The magazine that has seen music royalty grace the covers has experienced a rapid decline in readers, and is now adapting to survive in the digital age. With the enormous growth of mobile and consumers digesting news from their handheld devices, we have witnessed the demise of newspaper and magazine publications.

NME is world-famous as the world’s longest standing music magazine – initially established in 1952. NME changed the face of the music industry, appealing to their target market of men in their late teens and twenties. However, as their popularity grew, so did their readership, going on to become 63% male and 37% female.

As the print industry experienced a boom, so did NME. At peak popularity, NME was generating over £1 million a week and boasted 400,000 subscribers. To continue to move with the times, NME launched their website in 1996, branching into more cultural and topical areas. In 2008, the headline ‘mobile to overtake fixed internet access in 2014’ was a bold prediction. Today, 70% of consumers spend their media time on their smartphone. This change in the market led to NME dropping to just 15,000 subscribers in 2015, with a corresponding slump in advertising spend.

NME took note of the change and converted the magazine to a free publication in September 2015, prompting a surge in subscribers – up to 300,000. They began relying on advertising revenue instead of sales revenue, providing temporary relief to the decline in the print industry.

In the past several years, NME was also acquired by a private equity firm. After such upheaval in the market, this firm has concluded the magazine is no longer financially viable. NME announced they would solely focus on online.

Changes in the Print Industry

As mentioned above, the rise in smartphone users has directly contributed to the decline in print. Readers can access news directly through their device, rather than travelling to purchase a magazine. News is now portable and freely available, particularly in an age where younger readers are said to have less disposable income. The internet also allows competitors to publish news pieces as they happen, and print magazines can no longer compete.

Those brands sticking to printed publications must adapt to the changing face of the market and react to these attitudes. Innovative ideas to sell magazines include:

As NME moves online, there is a focus as to how websites make money – particularly in the midst of a dwindling print market. The funding can be split into advertising, data collecting surveys, paywalls and competitions. Advertising is the primary form of funding, and you will, most likely, have seen the ads in place. If you have ever had your reading interrupted by an advert, this is due to funding. Similarly, paywalls for content are a way of selling rich content, taking up time and resources to produce.

Data collecting surveys, for example, are the questions you may have to answer before reading an individual article. A condition will then be the data is sold on. Thus the publication receives revenue from you freely accessing the content. Competitions are another example, such as texting a premium rate line to enter the draw for £20,000.

The technological advances in the industry mean that you can no longer run your print publication as you did 20 years ago. The times are changing and your business strategies must too. The companies that survive will be the ones who adapt and incorporate new technologies to appeal to their readership.

Ways to make a physical office a safe working environment during...

5 Brilliant Ways to Expand Your Business

Are silk ties making a comeback?